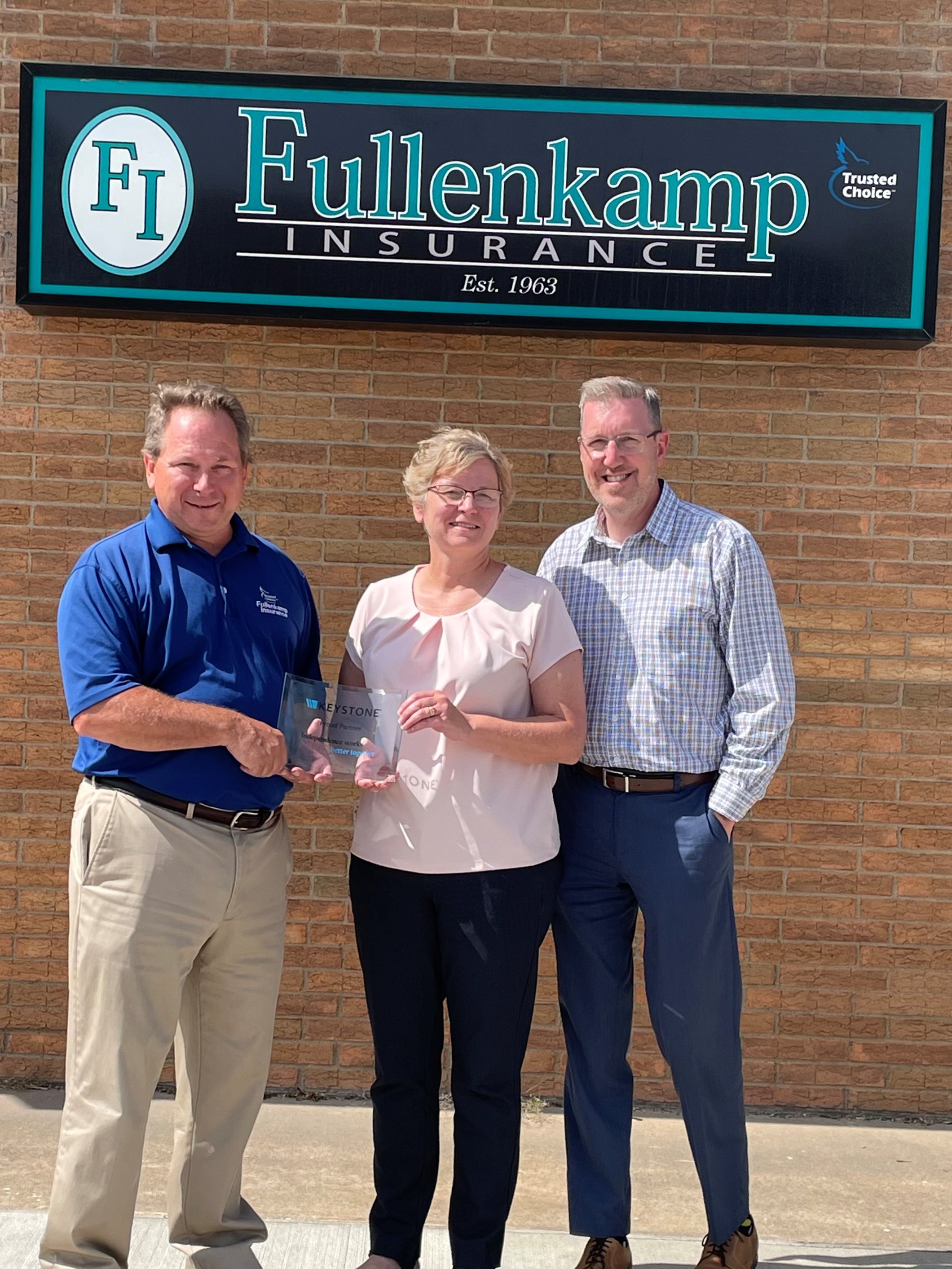 Keystone continued its expansion in the Midwest by signing on new Iowa agency Fullenkamp Insurance of West Point.

“Fullenkamp is a great addition to Keystone family in Iowa. I’m excited to be working with them and see them help grow an already great group of Keystone Agencies in Iowa, stated Iowa State Vice President Matt Fink.

“Fullenkamp Insurance Agency is excited to be joining Keystone. The resources available through them and the Iowa agency group give us the greatest opportunity to continue to grow and move the agency towards the third generation of our family, while maintaining our independence,” stated Agency President, Chris Fullenkamp, CPCU.

About Fullenkamp Insurance – Fullenkamp Insurance Agency, Inc. started in 1963, when Ron Fullenkamp purchased a small insurance agency. Ron and his wife, Carol, operated the agency together in West Point, Iowa. Through the years they expanded; and in 1989, they moved into their current location in West Point. Ron and Carol’s children, Jill Garmoe and Chris Fullenkamp, joined the agency in 1988 and 1992, respectively, and continue to run the agency today. Fullenkamp staff have over 120 years combined experience. For more, visit https://fullenkampins.com.