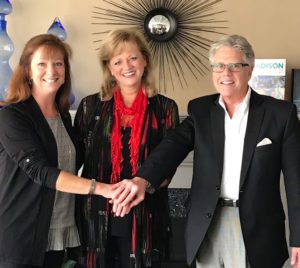 “The growth and profitability of Burns Insurance Agency is impressive,” said Schenk. “To accomplish these results year after year says a lot about the quality of an agency. It is an honor to recognize Cindy and Dan as our fifth and final pioneer partner agency in Wisconsin.”

“Joining Keystone is a game changer,” said Cindy Burns. “This gives us additional companies to strengthen our position with our carriers and in our marketplace.”

Dan Burns referenced the book ‘Good to Great’ when he added, “We are doing ‘really good’ right now as an agency, but by partnering with Keystone, it will take us to being a ‘really great’ agency. Having the ability to deliver global capabilities at a local level is pretty darn exciting!”