State Senator Scott Wagner met in State College, PA on April 3 with more than 50 of Keystone Insurers Group’s Pennsylvania Partners. Wagner told the group, which represents independent insurance agencies throughout the commonwealth, “When I become governor, I will push the envelope in a lot of places.” 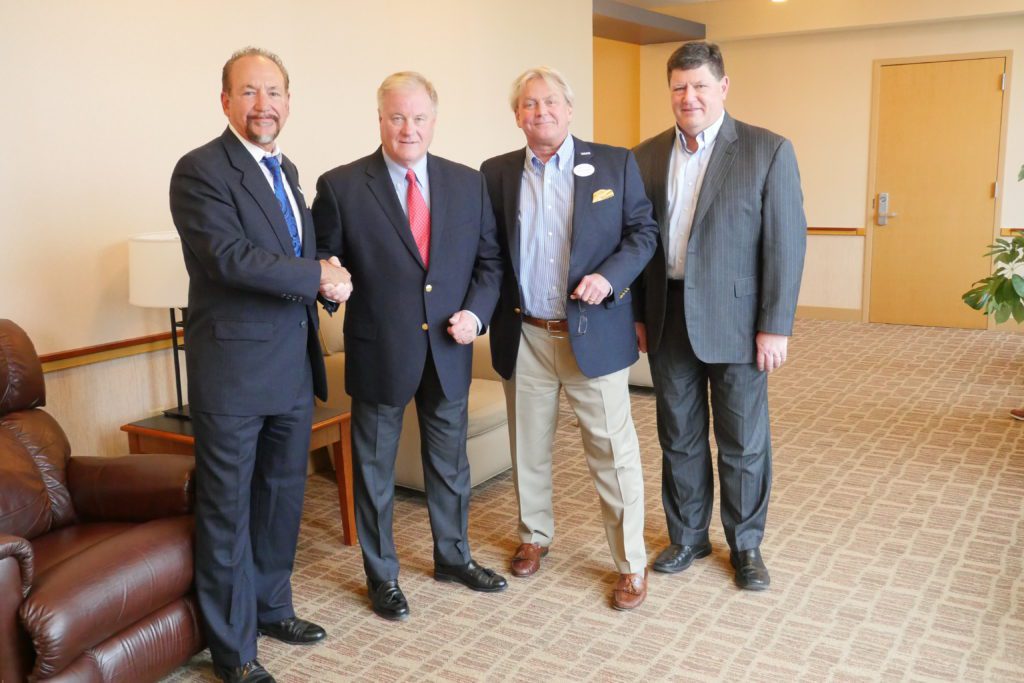 Wagner told the group he has worked for 4 years in the state Senate and for decades as a business owner to change the state’s workers comp system. As governor, he said he will have three priorities for change.

“I believe there should be a prior-injury database for workers comp,” he said. “The 90-day panel period should move to 180 days, and the Department of Labor and Industry, which now has 18 months to hear a case, should be fast tracked to six months.”

Regarding tort reform, Wagner said he would put a limit of $750,000 on medical malpractice awards. “Pennsylvania would recruit a lot more doctors if we do that,” he said.

Wagner, responding to questions on a wide range of issues, said his top-five issues as governor would be zero-based budgeting, restoring the death penalty, increasing school safety, eliminating school property taxes and addressing the heroin/opioid crisis. He gave his views on property taxes, term limits for state legislators and reforming the state’s pension system.

“The time for change is now,” he concluded. “I have a very long laundry list.”